The children enjoyed creating Bunny Ears and going on an Easter Egg Hunt in our Story Wood. It took a while but they managed to retrieve all 40 mini eggs and they then quality tested the eggs as an afternoon treat!

Year 1 children had a fantastic day dressing up as ‘London Folk’ as part of their topic on the Great Fire of London. After learning all about London Landmarks and the history of the Great Fire, we wanted to experience the life of a Londoner.

The children were very creative with their outfits including a double decker bus, soldiers, celebrities and Mary Poppins to name a few!

The teacher’s felt very lucky, after all It isn’t every day you get to complete subtraction with her Royal Highness the Queen of England, enjoy break time with the fashion designer Mary Quant and eat your lunch with the bakers of Pudding Lane!

A special Thank you to all the adults who helped make this day so special.

This week the children in year 3 have been learning about volcanoes, earthquakes and tsunamis. They have attempted to build an earthquake proof structure using spaghetti and playdough or mini marshmellows. Lots of fun was had, especially when we tested them on our wobble board!

Our topic has also inspired lots of fantastic art work. We have looked at the Japanese artist, Hokusai, and tried to create his most famous painting, ‘The Wave’.

Black Out Poetry by Year 5, by Swanwick Primary School

As part of Year 5’s World book day, we held a celebration of all things book related. The children were asked what reading means to them and we loved the responses!

Miss Clarke also introduced us to something called ‘black out poetry’. Taking a copied page of a book, select only a few words to make a poem, then colour the rest of the page around it. What is left is a beautiful piece of work. Look below and I’m sure you’ll agree the amazing poetry and artwork we had is something special.

You think the children would be tired after such an exciting day, but no, they still take the opportunity to explore new worlds and have adventures in books whenever possible.

What a wonderful day it has been today at school. We’ve had wonderful and imaginative characters from many different books turn up and even staff joining in to show off their own wonderful costumes too.

Check out just a few of the very many costumes below:

What a fantastic time we had during Victorian day!

The children really enjoyed having a day in the life of a Victorian children, particularly taking part in drill lessons and either a sewing or technical drawing lesson in the afternoon.

All of the children looked amazing in their costumes and the staff enjoyed dressing up too!

This term reception have been investigating ‘Magic!’

We have been reading stories such as Room on the Broom and The Magic Porridge Pot.

The children have enjoyed observing a cola and mint rocket experiment. They have also been counting unusual cauldron items in their maths and investigating shapes in porridge oats.

We have begun to find out how magical spiders can be. The classes have made a huge classroom cobweb and have investigated cobwebs through a mix of materials.

Year Six have been working on resolving conflict. We have discussed a number of scenarios where conflict can arise and have shared our ideas on how to resolve it. We even used role play to demonstrate how to react in different situations.

Though, there are times when conflict resolution can produce…unique results.

Key Stage Two have been learning about several key figures during Black History Month. To began with, we had an assembly on the importance of Black History Month and how it started. Each year group then studied an important figure such as Rosa Parks, Walter Tull or Josephine Parks to learn about their achievements that paved the way for others or ways they impacted history.

â€œItâ€™s Christmas!â€ Fundraising for â€œWhen You Wish Upon A Starâ€, by Swanwick Primary School

Raising money for a wonderful cause, Taylor, Evie, Lexi, Jessica, Erin and Poppy have formed Swanwick Primary schools first Girl Band. Poppy worked hard with her father to write and record “It’s Christmas.” an original Christmas song ( With a little help from “Pumpcar”, a local group of musicians ).

Sales of this amazing single will be available from the school office for £3 or you can donate on the link below!

Our Busy Week by Year 5, by Swanwick Primary School

What a week year 5 have had. To begin with, the pupils have been incredibly sensible and responsible earning their level 1 and 2 cycling proficiency. The children have learned lots over their 2 days training and shoed a great attitude on the roads around Swanwick.

If this wasn’t enough, we have also began looking at rationing as part of our World War 2 topic. Several children brought in replica ration books and we’ve discussed what life was like to not have all the food options we have at our disposal that we have today.

Not content with simply discussing rationing, the children have spent the latter part of the week cooking and baking World War 2 recipes. First were rock buns, which each class had chance to bake.

When the children arrived today, the children found the rooms had been rearranged for the preparation of vegetable soup. To help join in with the war effort, the children dug up and used spring onion, celeriac and potatoes from the school garden and many staff brought in produce from their own gardens.

We spent a very messy morning preparing vegetables and making soup, which will be cooked and eaten on Friday.

Mrs. Ingram was also lucky enough to win one of the cakes from Wednesday’s St. John’s Ambulance fundraiser. Never one to miss an opportunity, Mrs. Ingram showed how rationing was achieved by cutting a cake designed for 10 people into 66 pieces, ensuring each child got a slice!

We can all agree this has been an exceptionally busy and fun week for year 5, full of learning and the discovery of new vegetables! It’s not over though, Friday will see the children make a WW2 style apple crumble. However, until then, the only thing left to do is clear up!

We have been asked by the Pritt Stick to trial a new recycling scheme for used Glue Sticks. All the plastic in a glue stick can be recycled. We are very happy to take on this challenge and we would welcome used glue sticks – any brands, from any sources, being put into the Mr Pritt Recycling Bin in the Reception.
We appreciate your help.

From the School Council.

We are all really enjoying our enquiry on Ancient Egypt. After locating continents of the world on maps we looked more closely at Africa and Egypt. The children have travelled back in time to Ancient Egypt and compared  it to life in the Stone Age. Over the last few weeks they have been looking at Ancient Egyptian jobs and writing a character description for their chosen job, which they have found very interesting.

On Thursday the year 2 athletics team competed in the Indoor Athletics competition run by the AVSSP. It was a really exciting evening with the children competing in a variety of events including chest push, standing jump, speed bounce and a mixture of races.

Out of the 13 schools who took part, we finished in 2nd place. Well done to our team of athletes. They did themselves and the school proud and it was an excellent result showing great determination and team work.

After another very exciting evening of athletics, our year 5 and 6 team came 2nd place in the large schools competition. It was a brilliant evening with excellent individual and team performances. Well done to all of the children who took part, you were a credit to yourselves and the school and we are very proud of your achievement.

This term year 3 have been investigating the term “Algorithm” in computing with Mr Williamson. We discovered that an Algorithm is a list of instructions that a computer can follow.

We started by discussing what instructions you would give to “your robot self” to ensure it gets ready for school in the morning. After our initial ideas, we discovered that missing even the smallest of instructions could me that your algorithm can end up broken. For example: Many children gave instructions to wake up in the morning at 7am. They then proceeded to brush there teeth. Which would be completely fine when giving instructions to a human but a computer would follow these instructions to the letter and would have failed to get out of bed, pick up a tooth brush and run the cold tap.

We then discussed the term “Debugging”. The process of fixing these small algorithm mistakes.

During our final session we used what we had learnt to write and program algorithms for the Beebot robots. including a race!

Shiver me timbers! What a brilliant day we have had sailing the scurvy seas. The children looked amazing and have had a full day climbing the rigging, walking the plank, designing pirates and making treasure maps.

The children in year 3 have really been enjoying their topic on the stone age. They had an exciting visit from Cresswell Crags and were able to handle bones, fur and other artefacts from

Some fabulous art work has also been undertaken as part of the topic. I think you’ll agree that their cave paintings and Stone Henge silhouettes are stunning.

We conducted a series of experiments into wind speed, wind direction and temperature. We then climbed the hill and repeated the experiments to observe how the conditions had changed.

Although it was a very tiring trip, the weather was brilliant and we had an excellent time.

On Thursday 26th September the Boys Football Team competed in a 6-a-side competition at Eyes Meadow in Duffield.

The team played extremely well; finishing second in their group and sixth overall. The team’s final record was three wins and two defeats.

Year 2 have loved learning about the Victorian story Treasure Island over the last couple of weeks. We are really getting into the pirate spirit after creating our own island in ScratchJr and programming our pirate cat around the island. Our work on adjectives this week has really helped us start to think about how we can describe our treasure and the other things that we can find on our island.

Today year 5 were very lucky as one of their pupils brought in some cakes. Now cake is always good but these were made using World War 2 recipes and featured the same rationed ingredients.

Everyone enjoyed finding out about how the cakes were made during this period and thank you for the generosity of our pupil for bringing them in!

Wearing our newly branded sports kit, the girls performed extremely well and did the school and themselves very proud. They showed excellent teamwork and super skills both on and off the ball.

After finishing second in their league the girls went into a playoff league finishing 6th overall.

Year One have been reading Oi Frog, by Kes Gray and Jim Field in Literacy. It is a hilarious rhyming tale about a frog who discovers that all animals have their special places to sit – like frogs sit on logs, cats sit on mats, gophers sit on sofas and lions sit on irons.

We have had lots of fun looking at rhyming words and making our own frogs for the display. We have been writing simple sentences about the story characters and we also thought about things the frog might say when he sits on the log.

We passed a log around to help us think of lots of words to describe it and to give us ideas for the speech bubbles on our display. 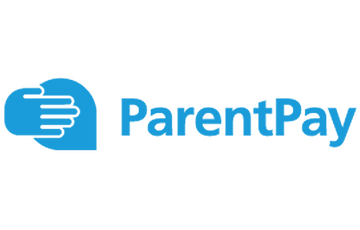